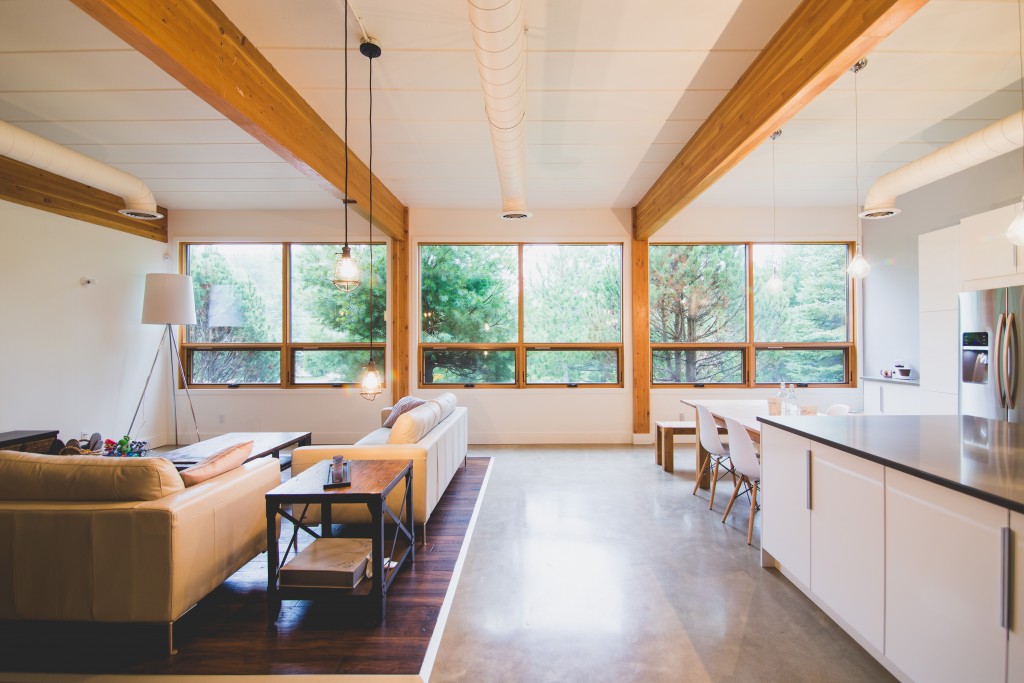 Since its original construction in 1961 as a public school, this particular building has undergone a few transformations. Today it proudly sits on the sunny side of Long Lake, situated among 8 acres of a true Sudburian backyard. When the house was first put on the market in 2012, the new owners and design team excitedly checked it out. The large supporting wood beams were stripped and brought back to life. The floors were refinished and new concrete was polished to create a high sheen. New wood windows were inserted along the front of the house to welcome in the natural light. Ceilings were taken down and left exposed, complete with the new mechanical services to give a somewhat industrial, loft feel to the space. Brick was salvaged from an old building in Toronto and the existing wood ceiling was removed and refinished to form part of the rec room’s feature wall. The house contains a mix of both high end and cost effective finishes. No expense was spared on the plumbing fixtures, ceramic tiles, quartz counter tops, wood windows and most of the lighting. The glossy white kitchen is IKEA, which allowed us to splurge on the other finishes. 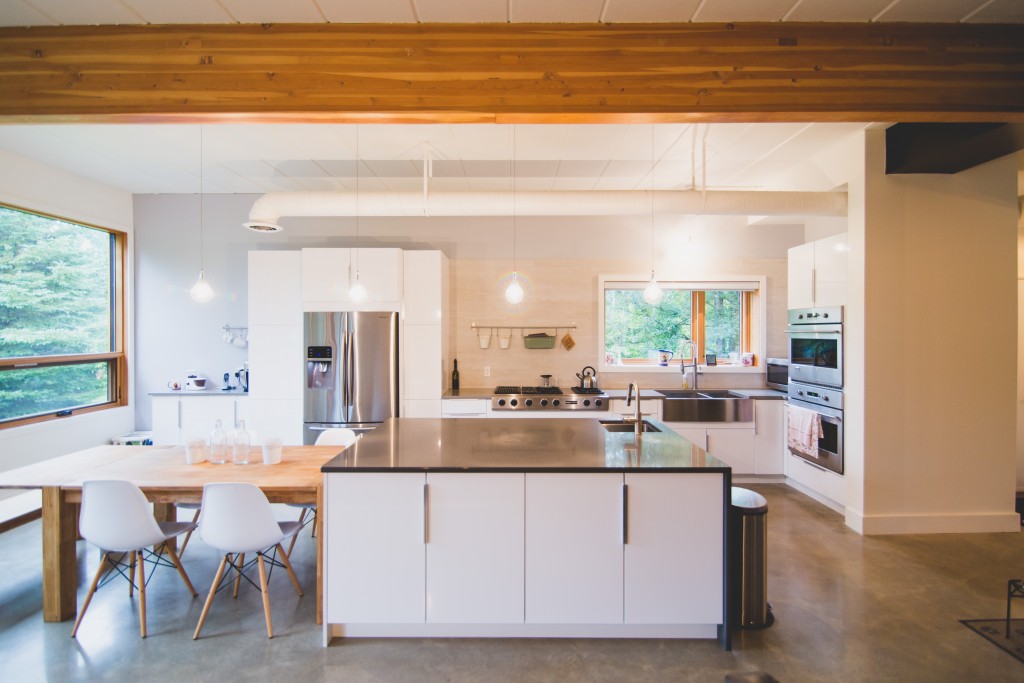 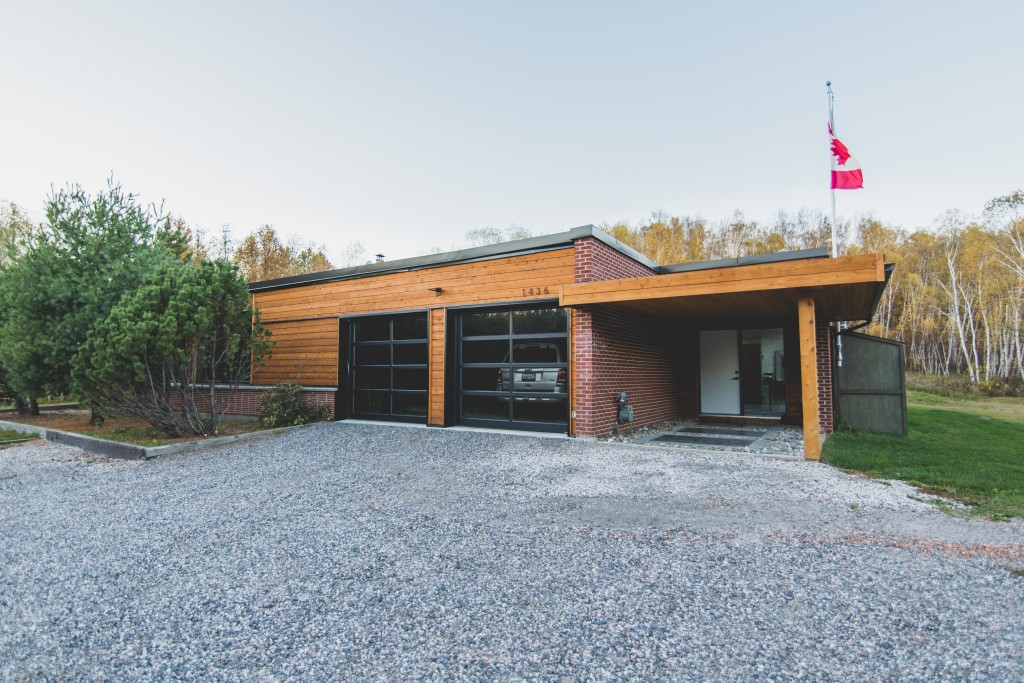 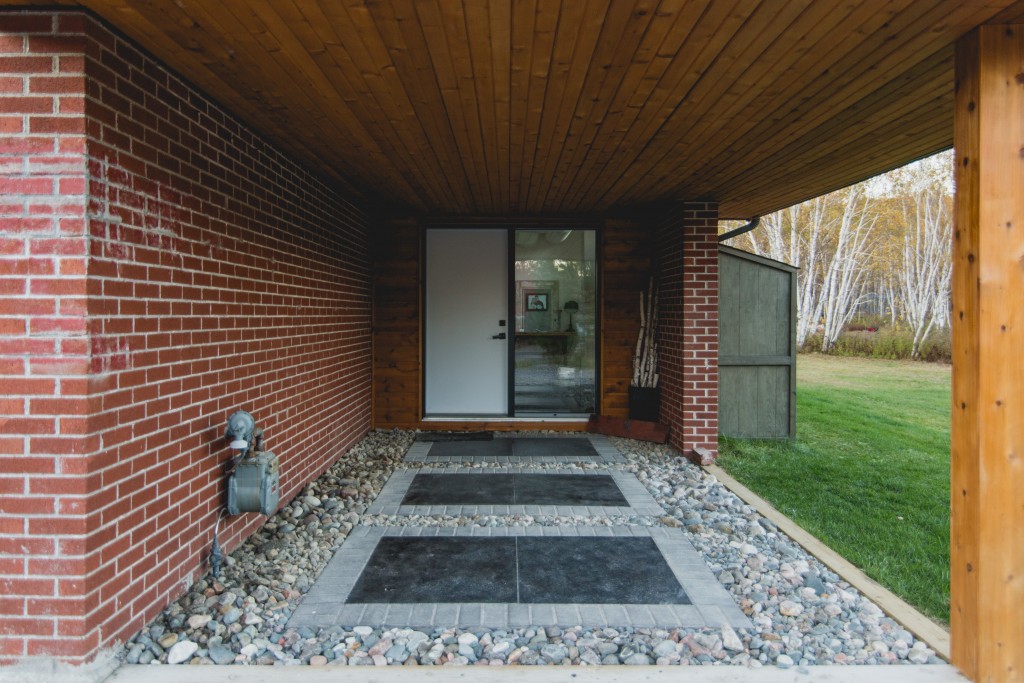 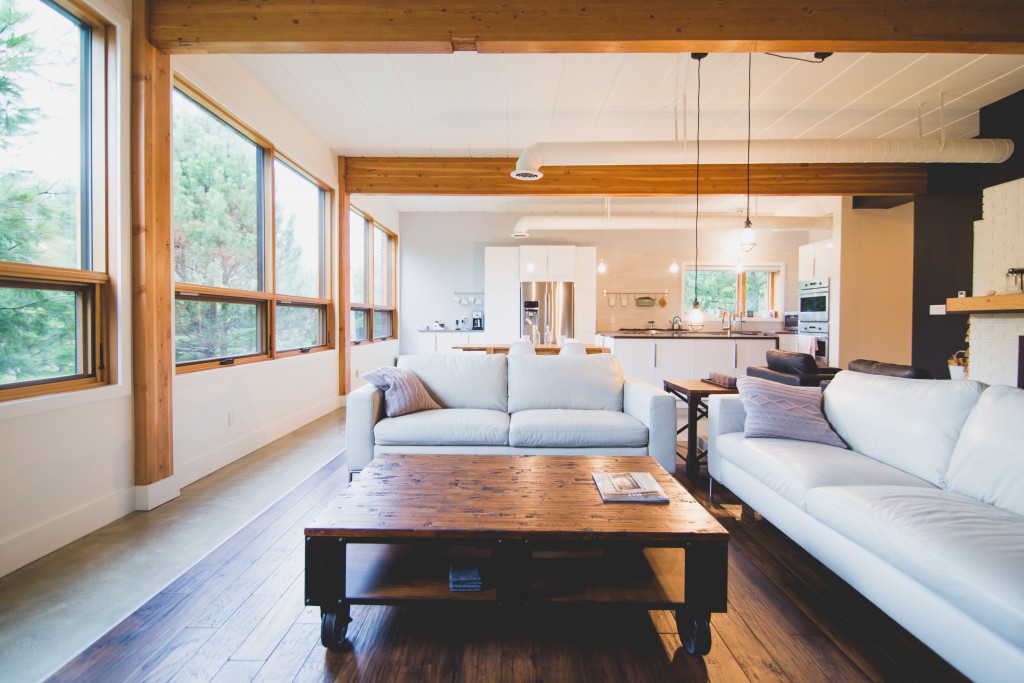 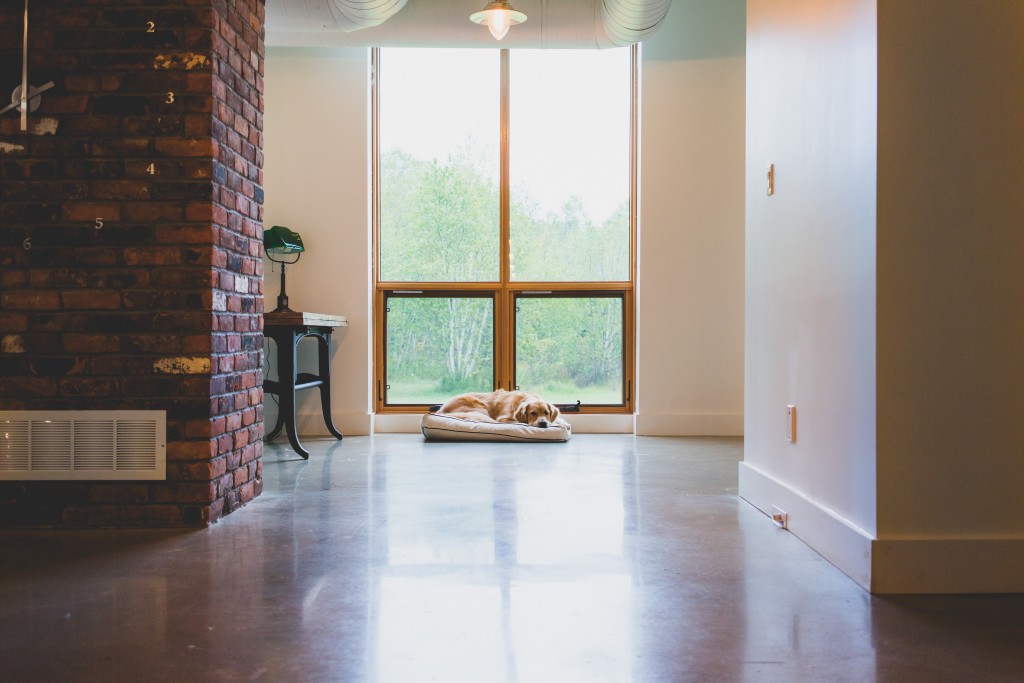